How to be a Steampunk Cowboy for Halloween

Step 1: Do your research.  An infallible and encyclopedic resource is The Look of the Old West by William Foster-Harris.  You should also consult I See by Your Outfit: Historic Cowboy Gear of the Northern Plains by Tom Lindmier and of course Vintrowear’s own Get Your Old West On: Real Cowboys and the Shirts They Wore.

Step 2: Get in the mood.  I find that Cowboys & Longhorns: A Portrait of the Long Drive by Jerry Stanley will do the trick.  As will Hillbilly Hollywood by Debby Bull for the bling quotient.  Also anything on Wild Bill Hickok.

Step 3: Start building your costume.  Refer to your Foster-Harris frequenty.  To whit, the big picture:

And don’t forget the details:

Step 4: Get yourself a good shirt. 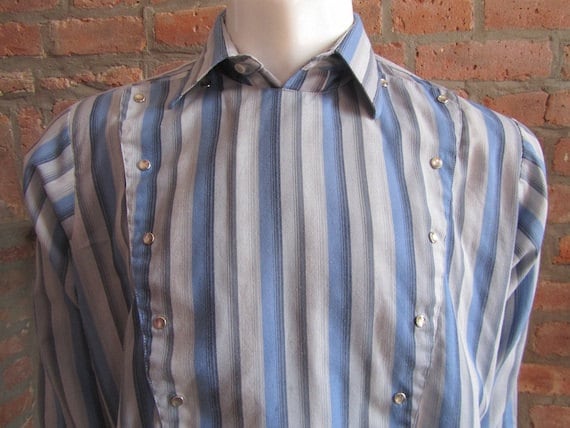 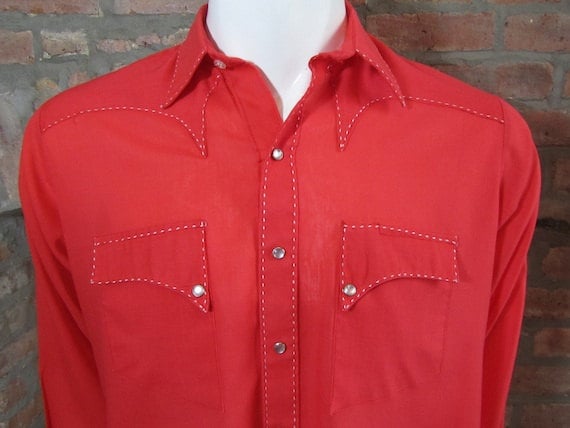 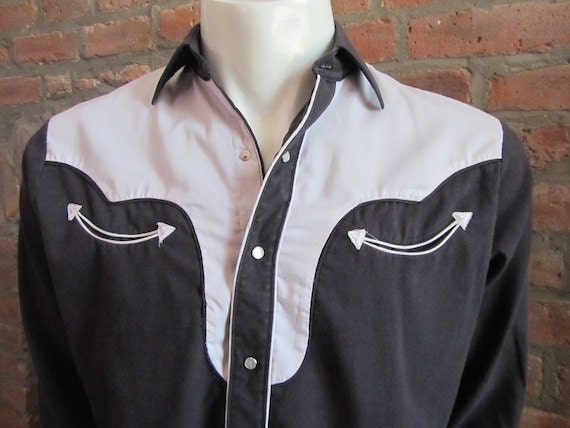 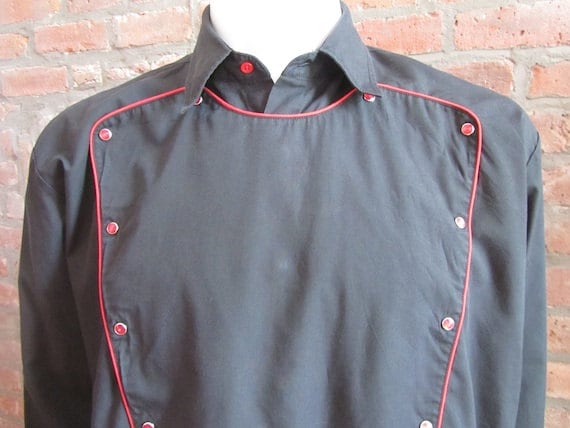 Zombie Tee By Tee And Cake

And of course the most awesome, but of course most no longer available:

The governing fantasy is that Vintrowear will begin selling vintage costume apparel beginning Halloween 2014.  Since current resources are applied toward cowboy shirt acquisition and sales, our buyer made purchases from Vice Versa Vintage, only in her imagination.  Our imaginary 2013 Fall Collection would have included:

Handmade acqua and gold gown with ruffled collar and empire waist, aka Mermaid

Turquoise sequined cocktail dress, aka … ? something from the sea!

Cheongsam made of fuschia novelty fabric, aka… a fish called Wanda? something anime?

Western apparel where you least expect it

It’s safe to say I’m a little behind on movies.  So while on vacation, we’re doing a little catching up.  I have embarked on an educational journal through all the classic westerns (more on that later), but Tivo didn’t have any queued up for us before the trip, so we went with an eclectic grab bag of current (so to speak) movies instead.  So it was to my surprise that cowboy apparel should prevail when cowboy movies weren’t even on the agenda.  First up we had “Rachel Getting Married,” which was pretty gut-wrenching yet visually stunning.  So beautiful in fact that it was no surprise to find that (a) a friend of mine, Susan Lyall, was the costume designer, and (b) that one of the scenes prominently featured a fancy red cowboy shirt.  I was only able to find one photo of the scene, which unfortunately doesn’t highlight the shirt to its best advantage, but if you’ve seen the movie this should spark your memory:

The cowboy-shirted rehearsal dinner guest toasts the couple with this:

We are gathered here to
celebrate love pure and simple.

Rachel is pure.
Sidney is simple.

May the two of you live and
love for as long as you want,

but never want for as long as you live.
And most importantly,

may all of your ups and downs
come only in the bedroom.

And also lo and behold I found this great interview with Susan Lyall on the costuming of the movie.

We also had the, ahem, good fortune to see Even Cowgirls Get the Blues.  Let’s just say it didn’t pack the same punch I remember getting from the book.  But the cowgirls sported some interesting western wear, even if Sissy Hankshaw didn’t.  I don’t recall her wearing a multi-zippered leather fringed jumpsuit throughout the story in the book, but it’s been many years since I read it.  Rain Phoenix as Bonanza Jellybean is wearing this cool buckskin get-up in the scene where she is unceremoniously shot.  Great argyle cowgirl boots, also.

Finally, last night we watched Zombieland if you can believe it.  Yes, I got scared and was worried about zombies emerging out of the thick Martha’s Vineyard undergrowth in the dark rainy night.  No, there weren’t any cowboy shirts in the movie, despite the Texas setting in the opening scenes.  But Tallahassee did sport an awesome snakeskin blazer that I think he’d supposedly stolen from Bill Murray.  Not a cowboy shirt, but it still looked cool:

Happy trails, until we meet again.

You are currently browsing entries tagged with costumes at Vintrowear.